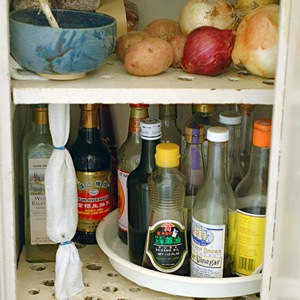 If you live anywhere near the Northern California coastline in a house that was built during the first two decades of the 20th century and if you haven’t had a chance or don’t have the heart to remodel your home completely, then you probably still have a strange, little cabinet in a corner of your kitchen. Unlike the other cabinets in the room, it has open shelves of wire or slats or perforated wood. It also feels very cold and breezy, and you might even be able to glimpse sunlight through the back of it if you stand at a certain angle and tilt your head a certain way. It may have a lock or, at the least, a secure latch.

This, my friend, is a California cooler.

In the days before easy electricity and Freonâ„¢ there was cold air from the ocean to keep your root vegetables crisp and your ham succulent. In San Francisco, a city built on sand, California coolers replaced the Midwestern cellar as a family’s depository of food. An ingenious architect came up with the idea of a louvered box attached to an outside wall of the building. With some open shelving and an easy-access door right from the kitchen, busy housewives could stay close to their pantry staples.

Currently sitting in my California cooler are some onions and garlic, some potatoes, lots of vinegar and oils, a few heavily brandied fig and almond cakes from last Christmas, and a cloth-wrapped hunk of what will, I hope, become duck prosciutto by the end of next week.

Many modern designers remove these cabinets entirely, but I love when homeowners retain the cooler in their modern kitchen. There really is no better way to keep ingredients for weeks and months at a time in precisely the cool, dark, well-ventilated, and off-the-grid way that is best for the food that sustains us.

What are you keeping right now in your California cooler?