Eric Schlosser, co-producer, and Michael Pollan, both ground the film with their journalistic approach. The soundtrack, with its ominous rumbling beneath mass production and the folksy guitar accompanying underdogs, manages to reveal the film’s underlying stance, but FOOD, INC. strives admirably to present multiple views. Of course, that’s a challenge when corporations refuse to take part in the conversation. (Monsanto, Tyson and many others declined to appear in the film.) The film offers a surprisingly evenhanded treatment of Walmart executives accompanied by Gary Hirshberg, CEO of Stonyfield Farm. Even more, rock stars of the sustainable food world, such as self-proclaimed grass farmer, Joel Salatin, inadvertently reveal the gray areas of their own much praised business models. After all, how sustainable are loyal customers who drive 400 miles to buy happy, healthy meat? 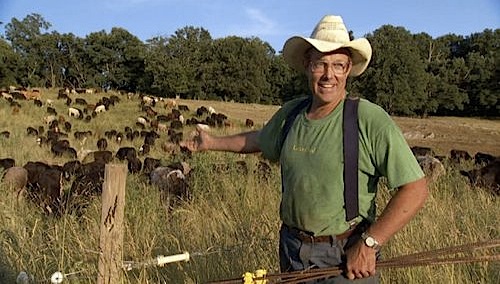 As someone who has visited feeding lots and blood-slicked slaughterhouses, once worked a very long day in a chicken processing facility, and still wrestles with her decision to continue eating meat, I attended the screening expecting another sermon for the converted. When one of the press contacts reminded me to use all caps whenever I referred to the title of film, I concentrated very hard not to roll my eyes. Yet I there I sat later, stunned by what I was learning.

There’s Barbara Kowalcyk, a lifelong Republican who dedicated her life to changing food safety standards after her son died from eating a hamburger contaminated with E. coli and who now refuses to reveal what she eats for fear of being sued by the meat industry. (She doesn’t have as much money for a legal team as Oprah does.) There’s the fleet of Monsanto “private investigators” who knock on uncooperative farmers’ doors to threaten, ever so politely and quietly, to put them out of business forever. There’s the seed cleaner ruined for providing non-GMO seeds to his neighbors…and the deals struck by employers of undocumented workers with the border policeâ€¦and the $18,000 that an average chicken farmer makes for a year of hard work… 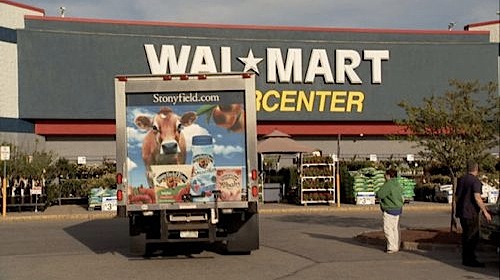 But there’s also the woman willing to lose her contract with Tyson in order to shed light on an oppressive industry, the farmers banding together, and the scores of other individuals in the film who are working to make a difference in ways both huge and small. It’d be an overstatement to say FOOD, INC. is optimistic, but it does end with some modest suggestions for what each viewer can do to help move us toward a safe, sustainable system. More importantly, its wider release will, like the Obamas’ garden, help push the topic to center stage for the public and policymakers alike.

Anyone who needs a good, clear primer on the food industry and the state of agriculture in the U.S should see this documentary. If you’re already well versed or long converted, it’s an important film to see and discuss with others — your mom who is addicted to the big box stores, your friends who aren’t convinced that local or organic is worth the extra effort, or your children who have a full life of choices ahead.

For as the film reminds us repeatedly, we cast our vote every time we eat.