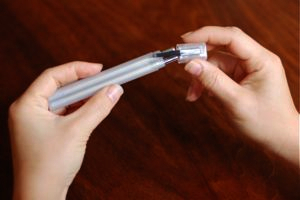 When an old friend from high school picked me up yesterday in her sparkling rental car, we were still trying to decide between taking in a museum or heading toward some fun shops. And when she finally nixed an afternoon of art and culture, I was more than happy to direct her to one of my favorites, Flight 001 on Hayes.

While she lost herself among their beautiful bags, a smaller but equally enticing travel gadget section kept me busy “researching.” Some things weren’t worth the box they came in—a portable pasta drainer?! — but one item caught my eye. Collapsible chopsticks.

END_OF_DOCUMENT_TOKEN_TO_BE_REPLACED

Usually, I’m proud to be a resident of San Francisco, with its food, freedom and great views. Last week, though, with help from the FBI, our city was reminded that stupidity lurks behind every corner.

Jeff Stein at the Congressional Quarterly reported that a couple of FBI agents came up with a brilliant plan to track potential terrorists: using new data-mining tools, they could identify concentrations of falafel sales. Enemy combatants and hungry suicide bombers beware…we’re watching what you eat!

The idea was that a spike in, say, falafel sales, combined with other data, would lead to Iranian secret agents in the south San Francisco-San Jose area.

The brainchild of top FBI counterterrorism officials Phil Mudd and Willie T. Hulon, according to well-informed sources, the project didn’t last long. It was torpedoed by the head of the FBI’s criminal investigations division, Michael A. Mason, who argued that putting somebody on a terrorist list for what they ate was ridiculous and possibly illegal.

A check of federal court records in California did not reveal any prosecutions developed from falafel trails.

Thank goodness bad ideas like this get shot down by someone who knows from idiocy. 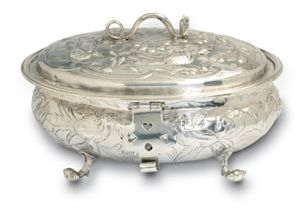