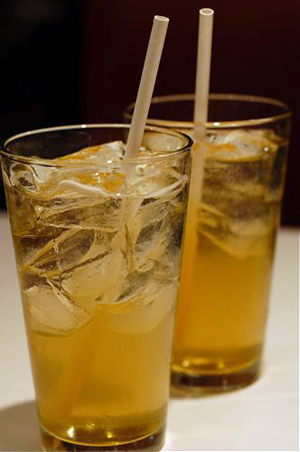 If you’re reading David Sax’s recent book, Save the Deli, or follow his blog or moan, as many do, about the general state of the Jewish delicatessen, then you know that it’s a pivotal time in this most hallowed bastion of comfort food.

For years, locavores and vegetarians, calorie-counting suburbanites and couscous-loving Sephardim and even heeb-hopping hipsters have been bringing their own favorite dishes to the Jewish table. You might not know this upon stepping into a deli, where piles of salty, fatty meat and schmaltz in the chopped liver and never-ending free pickles every day of the year define good eating. It’s supposed to be a carefree zone where all the generations and sects can enjoy some chicken soup in relative peace.

Leave it to Karen Adelman and Peter Levitt in Berkeley to begin shaking up this world a bit. As the owners and hands-on managers of Saul’s, these two widely read, passionately opinionated individuals are working hard to keep Jewish delis vibrant, relevant and delicious far into the 21st century. From adding Mediterranean mezzes to offering locally grown, locally made pickles, they’re crafting a new sensibility for an old institution.

A multicultural, sustainable deli might seem like a quixotic pursuit, as many would argue that we should leave well enough alone. Any real and authentic Jewish deli doesn’t need to concern itself with all this modern fancifying. But if you’re a deli owner and you see your customers coming into your dining room less and less often — how many pastrami sandwiches does one person eat these days? — you realize that things need to change to keep going.

Of course, ideals do have a way of bumping up against reality. Let’s take the last thing on the menu, that list of drinks at the end of the page. Such a minor thing, no?

Well, as it turns out, simple it most definitely is not.

For diners, drinks are usually just an afterthought. For green-minded business owners, though, the environmental costs of transporting flavored water, the impact of corn syrup and artificial sweeteners in our communities, and the waste of thousands upon thousands of empty cans and glass cannot be ignored. If you’re somewhat concerned, you might just put out a recycling bin and offer a few cents off on coffee poured into insulated mugs. If you’re a little more committed, you might try sourcing local sodas.

But if you’re Karen and Peter, you have a much, much longer road to travel. You begin by studying the history of sodas and the science of bubbles. Along the way, you learn about the monopolistic technologies of multinational food corporations. You connect the dots between individual soda jerks, creative spirit and community values. You daydream down a short detour, one that takes you past designs for a working seltzer tap at each and every booth. You decide to compromise, backtracking to install a central seltzer dispenser. You call up a beer tap specialist to design a brand-new beverage system for you. You track down stronger fittings that can hold up to the pressure of C02. You convince colleagues that going back in time 60 years to revive obsolete tastes and technology will be a good thing for the business. You train special “seltzer baristas” to use the finicky machine with its nonstandard formulations. You develop recipe after recipe from scratch. (Cream Soda #8, you think, seems especially promising.) Then, years later, you launch your own house-made seltzers and, in a moment of unrestrained ambition, you decide to stop selling bottled, commercial sodas entirely. Even Dr. Brown’s. Yes, even the Black Cherry and Cel-Ray.

And it’s still not done. Now, you smile politely at your customers’ dismay when they can no longer grab a can of soda with their take-out lunch and nod synpathetically at those most earnest of drinkers, the Diet Coke loyalists. You accept losing thousands of dollars in beverage sales. At the same time, you account for higher food costs because your drink bases, made from real fruit, are good for only four hours. You create and hope that your customers will enjoy the special syrups that taste slightly different day to day in flavors that come and go with the seasons.

You stand back and imagine a dining room full of people sipping sodas made by friends and neighbors from fresh fruit and whole spices.

You win some — these sodas are phenomenal and you’re proud and ecstatic, if a bit exhausted. They more than make up for past battles lost. There’s still that ongoing campaign to source enough briskets from grass-fed cattle to feed your hungry customers. And let’s not forget the recent Pickle Squirmish, when you tried charging for kosher dills — in a deli! — and took a fatal stab at explaining the seasonality of cucumbers.

For now, you’re happy to offer a taste of history: the sweet satisfaction and elusive effervescence of real seltzer flavored with homemade syrups. 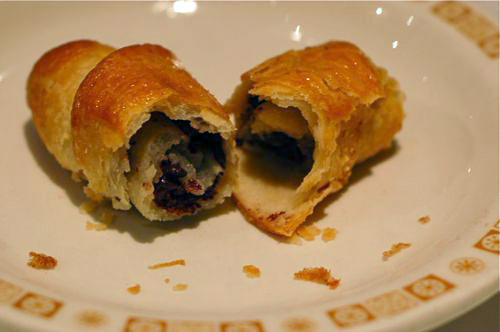 Save the Deli: In Search of Perfect Pastrami, Crusty Rye and the Heart of the Jewish Delicatessen By David Sax (Houghton Mifflin Harcourt, 2009) Sax’s campaign to save the deli, as one mom-and-pop sandwich shop after another closes, brings him to the Bay Area this week. Stop by and meet him at Saul’s this Saturday afternoon or at Book Passage on Monday at the Ferry Building. Listen to him read from his new book and then ask him for yourself: which city makes the best pastrami and why do we have to drink egg creams so fast and, yes, that most important question, what is the future of the Jewish delicatessen?